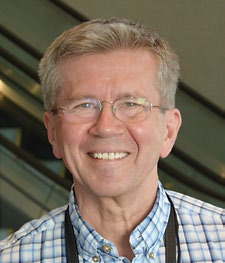 Stephen Maciejewski – “Exploring for Gesneriads in the Wilds
of China”

Join Stephen, his Chinese botanical colleagues, and his band of adventurous gesneriad enthusiasts on a recent trip as they travelled to familiar, remote, and new locations in China in the hopes of seeing gesneriads in their native habitat and discovering new species.

Come wander with them as they go exploring from Guiyang to Guilin and then from Mount Qiyunshan to the Lingyan Cave in Anhui Province. Get a rare glimpse into a collector’s private gesneriad garden. See new hybrids and new species not yet published.  Plus see visits to botanical gardens, Hong Xin’s wedding, the openings of the 2nd, 3rd and 4th Gesneriad Conservation Centers, botanizing in the dark, getting lost in the Thousand Demons Cave, drifting down the Luxi River on a bamboo raft in the rain, while observing a Chinese burial high up in the karst mountains and thinking WOW! Planted among friends! What a place!

Stephen Maciejewski is President of Philadelphia’s Liberty Bell Chapter and Co-chair of the Student Convention Grant and Conservation Committees. Stephen has travelled to Ecuador, China, Vietnam, Indonesia, and Fiji in search of gesneriads. He is also co-founder of the Gesneriad Conservation Center of China (GCCC). To share his enthusiasm for exploring and finding new gesneriads and to build support for their conservation, he has co-led three group trips to China with the help of Wei Yi-Gang, Wen Fang, and Hong Xin. 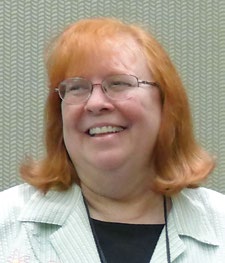 Dale has been the Gesneriads journal’s “Back to Basics” columnist since 2010. She won Best in Show in 2014 with her hybrid, Streptocarpus ‘Dale’s Polar Canary’. In addition, she won Sweepstakes in Horticulture with 11 blue ribbons. At the 2017 Convention she won Runner-up to Sweepstakes in Horticulture with eight blue ribbons, so Dale has lots of experience growing award-winning entries! She will show a variety of hybrid and species gesneriad genera and describe how she gets them into show condition.

In addition to cultivating award-winning plants, Dale is an accomplished hybridizer. Her hybrids include Smithiantha ‘Sassy Redhead’, Streptocarpus ‘Texas Hot Chili’, the “Iced” series of variegated streptocarpus, and ×Phinastema ‘California Dreaming’. Dale has served for many years as Chairperson of the Gesneriad Hybridizers Association and introduced the practice of raffling off hybrids at the end of the GHA meeting at convention. Inventor of “the happy hybridizer’s dance,” Dale continues to be a driving force for gesneriad hybridizing.

Not content with just growing plants, Dale has had several outstanding craft entries. She made a bread-dough Episcia ‘Cleopatra’ for the 1989 Convention, an Emu egg in 1995, and finally “Frances the Pouting Gesneriad Doll” in 1998. Frances was pouting because she’d stepped on a smithiantha. Dale made everything except her wig and shoes. 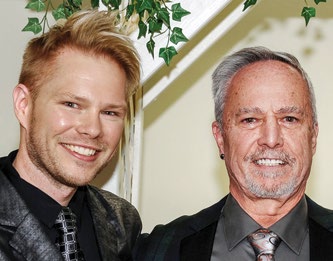 Jim and Drew are both experienced growers with varied collections of both Old and New World gesneriads. They have vastly different methods of growing and caring for their plants, and have used those variations to help each other learn how to grow some of the more difficult genera and species. But one thing that is very consistent between the two of them is a strong desire to visit a cloud forest and see some of these plants growing in their native habitat. 2017 was the year that their dream was going to happen. They married in October of 2016 with Ecuador chosen as their honeymoon trip.

Gilberto runs Ecuaflor-A, a business specializing in Ecuadorian plant material – orchids, begonias, gesneriads, aroids, and plants from many other major groups. Gilberto thought they would find the most plants in flower and active growth at the end of May or early June, so that’s what they booked. They left the US on May 28 and returned on June 10. Gilberto knows where the plants are, and is also licensed to ship plant material from his greenhouses and shade houses to the United States.

Jim and Drew will share the sites and plant material that they found on their eleven-day adventure. Everywhere they stopped – the woods, stream banks, and cut-outs on the sides of the road – harbored interesting plant material. Part of this was, of course, due to Gilberto’s knack to see that flash of red or yellow as he drove down the gravel or paved-with-potholes back roads, slammed on the brakes, and backed up to another unique set of plants to see. This trip is going to be hard to beat as Jim and Drew talk about trying another trip – this time to Peru, Colombia, Madagascar, or China. 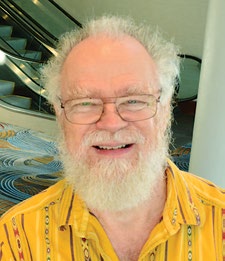 Bob will discuss the behavior of water in plants, what impurities (good and bad) might be in your water, and what you might do about them. You will hear about osmosis, capillary action, dissolved solids, water treatments, trace elements, pH, chloramines, fertilizer ingredients, and other curious things. Bob will also discuss the behavior of soil, what the usual ingredients are, and what the ingredients do, especially with regard to water.

Bob has been growing gesneriads for more than 40 years. He is especially interested in species, cool-growing gesneriads, and gesneriads that get rather large, such as drymonias and the large-growing nematanthus and columneas. He also enjoys experimenting with growing methods such as growing unifoliate streptocarpus plants vertically mounted on tree-fern plaques the way some orchids are grown. An architect by nature and an engineer by training, Bob habitually investigates how things work. He then applies what he has learned to his plant culture.